With the recent news of Sha'Carri Richardson not being able to compete in the Tokyo Olympics due to a failed drug test, there is now petition to let the star run and revisit the rules around marijuana and athletics.

The petition named "Let Sha'Carri Run!" was created by MoveOn Civic Action, a progressive lobbying group. The list of supporters is nearing the goal of 600,000 signatures as over 564,000 had signed as of Thursday evening. The creators addressed the campaign to the United States Anti-Doping Agency, International Olympic Committee and World Anti-Doping Agency.

The United States Anti-Doping Agency penalized Richardson with a 30-day suspension and disqualified her win in the 100-meter dash at the U.S. Olympic trials in Eugene, Oregon, last month after she tested positive for marijuana. On Tuesday, it was revealed that Richardson was also left off of the U.S. relay list, meaning her positive marijuana test will not only keep her from competing in the 100-meter dash, but in the Olympics altogether. 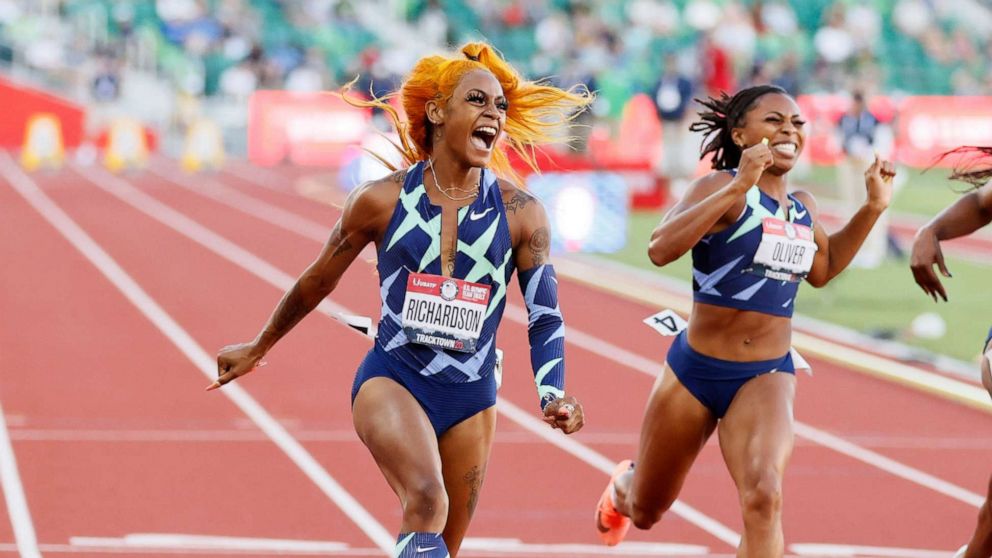 The petition urges the agency to lift the penalty, because the USADA and the U.S. Olympic & Paralympic Committee are signatories to the World Anti-Doping Agency's code, which includes marijuana in its long list of prohibited substances.

"The world is coming together for a Summer Olympics postponed by a global pandemic, and we deserve to see the best athletes in fair, open competition," the petition reads. "That includes Sha'Carri Richardson, whose one-month penalty is excessively punitive for an irrational, outdated rule."

Last week's ruling sparked an uproar in the sports world that has yet to subside. As recently as July 8, Kansas City Chiefs' superstar quarterback Patrick Mahomes shared his thoughts on ESPN's First Take program, stating, "She put in the work. Even though she made a mistake, like we all make mistakes ... to not let her be at the Olympics at all is pretty ridiculous to me."

The removal of Richardson from the Olympics has also drawn attention from Reps. Alexandria Ocasio-Cortez (D-N.Y.) and Jamie Raskin (D-Md.) who wrote to leaders of the U.S. and world anti-doping agencies to overturn their decisions.